Over the past several decades, the incidence of nosocomial fungal infections (i.e., invasive fungal infections acquired in a health care-associated setting) has dramatically increased. Factors responsible for the rise of these infections include aging populations in countries with advanced medical technologies, the resultant increase in incidence of many cancers, increasingly intensive myeloablative therapies for these cancers, increasingly intensive care for critically ill patients, and increases in the frequency of solid organ and hematopoietic stem cell transplantation. These demographic trends are anticipated to continue to rise over the coming decades, portending a continued increase in the incidence of invasive fungal infections in the nosocomial setting.

The relative frequencies with which fungi cause nosocomial infections are inversely related to the intensity of immunosuppression required to predispose to them. For example, relatively minimal immunosuppression is required to predispose to invasive Candida infections, and Candida is by far the most common cause of nosocomial fungal infections. Aspergillus is the second most frequent cause of nosocomial fungal infections, and aspergillosis tends to occur in patients with an intermediate to severe degree of immunocompromise. Finally, organisms such as the Mucorales, Fusarium, and other molds (e.g., Scedosporium) are relatively less common, and are seen virtually exclusively in the most severely immunocompromised hosts, and in hosts that are compromised for prolonged periods of time. A commonality shared by all nosocomial fungal infections is the difficulty in establishing the diagnosis. Despite many years of intensive study, few diagnostic studies are available and reliable for these infections. Hence, emphasis has been placed on early empiric therapy in patients who are clinically suspected of having a fungal infection, or on prophylaxis for the highest risk patients.

In contrast to the lack of progress in diagnosis, major advances in the medical therapy of nosocomial fungal infections have been made in recent years, with the  introduction and widespread availability of lipid-associated amphotericin products, newer triazole agents, and the newest, echinocandin class of antifungals.

Candida species are by far the most common fungi causing invasive disease in humans. Data from the National Nosocomial Infection Survey (NNIS) indicated that Candida spp. were the fourth most common cause of nosocomial bloodstream infections in the

1990s. However, more recent studies have found that Candida spp. are now the third most frequent nosocomial bloodstream isolates,

Numerous studies have defined the risk factors that predispose patients to developing invasive Candida infections. The impact of these risk factors is significant, as high risk/hospitalized patients have a 50-fold increase in incidence of disseminated candidiasis compared to patients with fewer risk factors.

Use of broad-spectrum antibiotics which suppress the growth of normal bacterial flora increases the burden of Candida colonization and increases the risk of disseminated candidiasis. In one study, the strongest risk factor for nosocomial candidemia was the number of prior antibiotics used, especially when patients who received three to five antibiotics were compared to those receiving two or fewer.

Additionally, disruption of normal skin barriers, for example by burn injury or percutaneous catheter placement, and disruption of gut mucosal barriers by abdominal surgery, instrumentation, induction of mucositis, or mucosal atrophy from radiation or parenteral nutrition, are major risk factors for invasive Candida infections. Direct translocation of Candida across the gastrointestinal tract of animals and humans has been well documented, and gastrointestinal surgery is a well-described clinical risk factor for development of disseminated candidiasis. More recently, cardiac surgery has also been described as a major risk for disseminated candidiasis.

Although the gastrointestinal tracts of the majority of people are colonized by Candida, it is not clear whether the strains that colonize healthy hosts are responsible for causing subsequent invasive disease when those hosts acquire the appropriate risk factors, or whether infections are caused by acquisition of more virulent strains from environmental sources in the nosocomial setting.

Numerous investigations have been undertaken to explore this question, but the results have been mixed. Some studies have found evidence of patient-to-patient spread of single Candida isolates, and one study successfully traced the isolate causing a Candida sternal wound infection to a scrub nurse. In contrast, other studies have found that individual colonizing or infecting strains of Candida are specific to each patient, suggesting that the source of an infecting strain was indeed endogenous flora that became pathogenic in the compromised hosts. Similarly, in another study, blood isolates of Candida were found to be very similar or identical to strains colonizing patients in 90% of cases of disseminated candidiasis. Overall, these data suggest that in most cases, the source of an infecting strain of C. albicans is endogenous flora, but that in certain circumstances transmission of more virulent strains may occur in the nosocomial setting.

Not only are invasive Candida infections extremely common, they are difficult to treat. Even with first-line antifungal therapy, disseminated candidiasis has an attributable mortality of up to 40%, and a greater than 50% attributable mortality in patients having undergone myeloablative chemotherapy. The mortality of severe sepsis caused by Candida is also greater than 50%, and is therefore higher than the mortality from sepsis due to any bacterium, including Pseudomonas aeruginosa. Unfortunately, newer therapies, such as voriconazole, lipid-based amphotericin formulations, and echinocandins, have not been shown to improve survival of candidemic patients compared to amphotericin B deoxycholate.

Data are now available supporting the intuitive assumption that delayed initiation of therapy for candidemia is associated with significantly higher mortality, placing a premium on early administration of therapy. Several recent studies have found that mortality from candidemia dramatically increased if active antifungal therapy was initiated more than 24 hours after positive blood cultures were drawn. Indeed, initiation within 12 h of drawing positive blood cultures appeared to be necessary to maximize outcomes. In a separate study of critically ill patients with severe sepsis, each hour of delay in initiating active antifungal therapy after the onset of hypotension increased mortality from candidemia by 5%.

Consensus guidelines on the empiric treatment of disseminated candidiasis are available. In general, due to its favorable toxicity profile, high oral bioavailability, low cost, and impressive efficacy in randomized clinical trials, fluconazole therapy is preferred in hemodynamically stable patients. Recently, the results of a clinical trial presented at an international meeting have suggested that fluconazole may be inferior in efficacy compared to anidulafungin for invasive candidiasis. However, to date the study is not available in a peer-reviewed publication. Furthermore, caspofungin and micafungin, which are similar to anidulafungin (see below), have been shown to be non-inferior to amphotericin B deoxycholate and liposomal amphotericin B , respectively, as well as to each other. Since two large, randomized trials definitively concluded that fluconazole was equivalent in efficacy to amphotericin B deoxycholate for candidemia, and polyenes have been shown to be equivalent in efficacy to echinocandins, the mathematical transitive principle suggests that all three classes of antifungals are likely equivalently efficacious for the treatment of disseminated candidiasis (i.e., if azolepolyene, and polyeneechinocandin, then azoleechinocandin). For now, it is reasonable that fluconazole remain a ‘work-horse’ antifungal for disseminated candidiasis in stable, nonneutropenic patients. 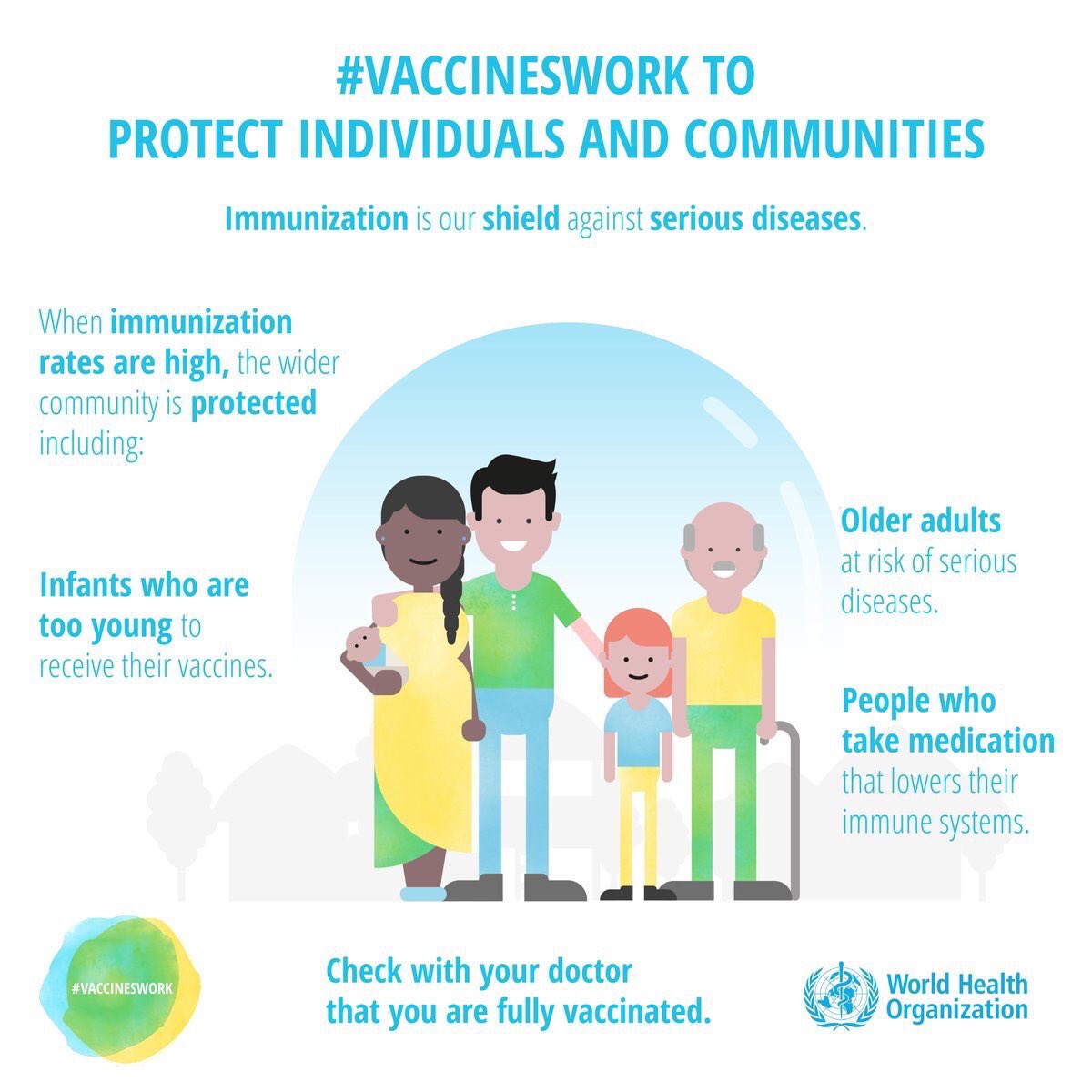